From a solitary stroll through empty and overcast city streets to the vibrant, neon world of The Queen’s club (Queen’s Hotel, Nanaimo, BC),
the visuals build with the pace of the song. By the end of the clip, McMahon is crowd-surfed by revellers and the excitement is palpable. 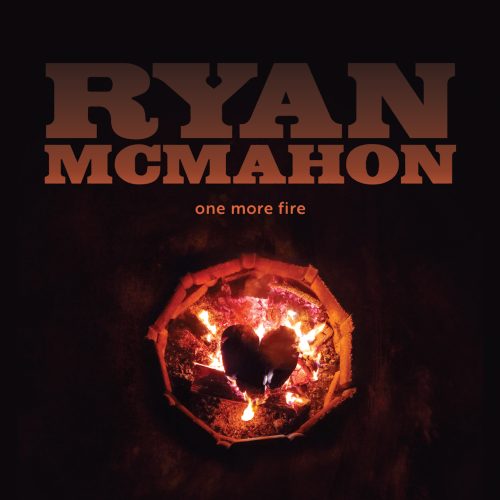 Directed by Sean Lyons (Aaron Pritchett “Not Enough You”), the shoot took Ryan back to the site of his first full-band performance. “It was awesome to film this in a place I know as well as Queen’s,” McMahon notes. “So many memories – and there was no better place to reconnect as we were coming out of the lockdowns and social restrictions. There is nothing like the energy between a band workin’ it and an audience that appreciates it.”

Audiences aren’t the only group to acclaim “One More Fire.” Reviewers, like MusicRow’s Robert K. Oermann are shining a light on the upbeat tune. He notes, “Ryan seeks new adventures and experiences in a hearty, range-y voice backed by a kickin’ band. Promising.”

Multiple Spotify playlists have added the track, including Countryside, Country Finds Americana, Modern Folk &amp; Country, This is Your Hottest Playlist, Husky &amp; Sultry, This is your Freshest Playlist, Americana Highways and more.

With six Canadian album releases, years of touring, and commercial success under his belt, Ryan has earned a large following in his native Canada, the U.S. and beyond. He’s performed at the prestigious Imperial Theatre in Saint John, New Brunswick, Denmark’s Tonder Festival, countless nightclubs and other venues. McMahon has shared the stage with Lucinda Williams, Burton Cummings, Nickelback, Buffy Sainte Marie, Citizen Cope, Chad Brownlee, Aaron Pritchett, Dallas Smith and Brett Kissel among others.

The Country Network debut of Ryan McMahon’s One More Fire

We have several ways to watch us. Android, IOS, Roku, Apple TV and our website. Just click on this link and find out how!

Encourage your fans to go to the app store and download The Country Network App!  It’s free and they can watch your video anywhere!

Like/Follow The Country Network on social media to get more music at your fingertips!