I only have a few of ’em, and admittedly they’ve never been my bag.  Certain parts of a career in music are ‘have-to’s’ and you just do it…. you make videos.  MUCH MUSIC is long-gone.  MTV?  I think I saw a show on there the other day where a panel of millennials weighed in on videos of people falling & injuring themselves.  I want my MTV…. back!  Anyways, get off my lawn, etc. etc…

One More Fire is in the can & ready for release April 22nd.  The video for it, I am most happy to report, was so fun to work on.  We rolled into the site of my very first public / club gig – the Queens in Nanaimo, BC – & set up shop with the amazing Sean Lyons.  What a collaborative affair!  We invited some of our friends, and long-time supporters to be ‘very involved extras’, and I had my band there… it was a riot.  I remember laughing all day.  It felt like a show. 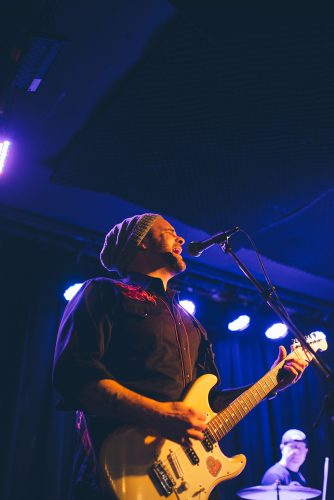 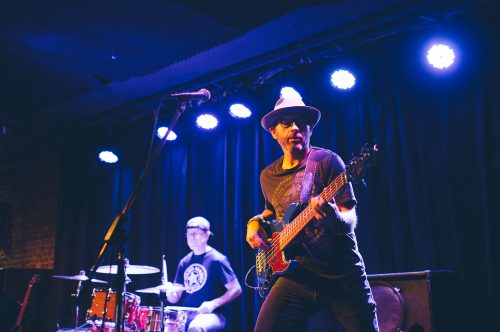 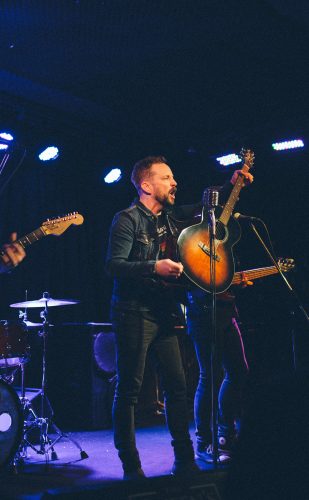 Me showing the crowd my 24-year old Takamine.  She’s been with me since the beginning.

Cyrene Jackson, the eye behind all of my most recent press & studio photos, was also on hand to catch some of the creative process.

In the end, it was a fine 8-hour day of shooting alongside friends.  After being away from almost everybody for as long we all had been, it was therapeutic fun.  Huge gratitude to Sean Lyons, Aaron Pritchett, Sarah Bramley, the Queens, Rod Schmidt / Pacific Sound, Elbowroom Recordings, Ray Mussell, & my band – Matthew Atkins, Lance Lapointe & Shane Hendrickson.  Extra thanks to all of our friends & fans that showed up to share in the experience with us!

I know we’ve got a little while longer until we can share this song & video with you, but I promise you it’s jus the beginning of a landslide of content that we’ll be releasing in 2022.

« A Tour to Remember
One More Fire »