I’ll jump right into it.  After some down time this past month, it occurs to me that February has almost flown the coop.  Spring is on it’s way, and the flights & studio are booked, and there is a young animator… a master craftsman named Keith Turner, who is hard at work creating what will be an incredible new animated video for “Self Help Book.”

Just to run down a few projects Keith has been instrumental in:
-“GI Joe: The Rise of Cobra”
-“Maleficent”
-“Godzilla”
-“Jurassic World”
-“Rise of the Planet of the Apes”
-“Black Panther”

Give him an imdb to learn more… to put it mildly, we’re incredibly blessed to have him on board.

The concept is a sort of fish-out-of-water story featuring a Sasquatch named Babis.  He’s trying to be seen… 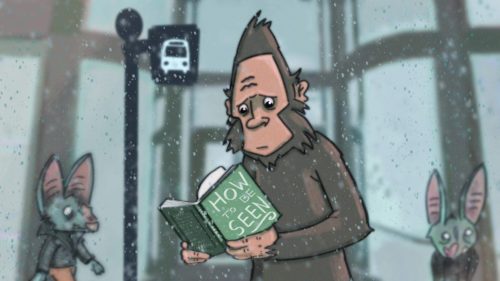 We’re really excited about this project and it will be out for everybody to see on April 10th.

In other news, I am beyond thrilled to announce that I’m heading back to the Woodshop Recording Studio w/ my co-producer and cohort Zak Cohen to record a new single!!  If you’re in Western Canada, you may have heard the song while I was on my most recent solo tour.  I like to road-test this stuff before I commit to releasing it to the world.  Those instant reactions I get when new songs are played live are very telling, and if I don’t get positive ones, I usually end up shelving the song, at least for the time being.

“Just Your Dad” was written for my daughter Bella, and will be released one week prior to Father’s Day – June 12th.  I believe it’s as good a song as I’ve ever written, and to wait even that long for you to hear it has been torture!
If you’re a Father, it’s for you.

Lastly, I’ve been receiving a lot of messages regarding the state of Lion Bear Fox, the band I’ve been 1/3rd of for 8 years now.  As many of you know, there have been circumstances beyond the band’s control that have prevented us from moving forward; touring, writing & releasing new music, etc.  While the band may make a statement regarding this soon, I think I can add some of my own transparency on the subject:

The reality is, LBF suffered from big-time burnout.  I believe every project has a shelf-life, and sometimes it’s ok to take a break from it, for the greater good of every party involved.  I still adore Chris & Cory, and there’s absolutely no hard feelings between us.  It’s a mental health thing.  It’s a leading a balanced life thing.  If everybody’s hearts aren’t in the project, none of us want to continue – at least not the way it was.  I know I will walk out onstage with Chris & Cory again one day, and when we do, it will be because we all want to be there, and because it’s a good situation for us all.  Lion Bear Fox has given me a lot, and I’ve got nothing but gratitude to show for my time in the band.  We didn’t sell a million records, but we had some of the most loyal and beautiful friendships come out of our time out on the road & in the business.  Just wanted you all to know that we’re all ok – particularly amongst ourselves.  Here’s an outtake from a photo shoot we did w/ Morten Fog in Denmark at Tonder Fest a few years back.  It accurately describes how I feel about both of the humans to my left. 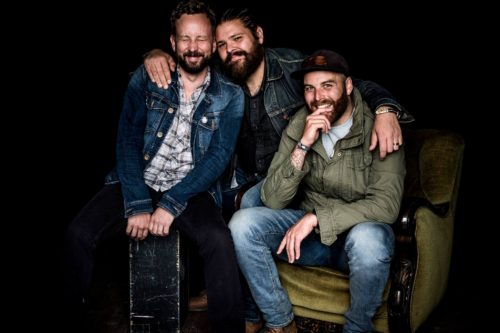 I’ll be out on tour w/ my backing band – Lance Lapointe, Matthew Atkins & Joel Spillette – throughout the month of March! 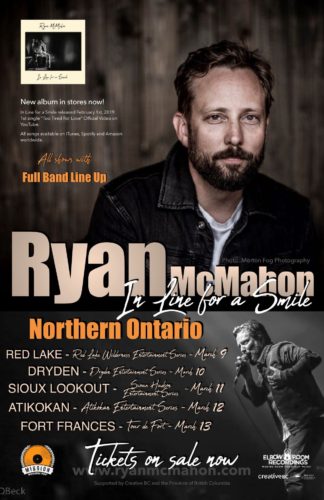 …followed by a mini-Saskatchewan Tour at the beginning of April!  I’ll be doing these shows as a duo w/ Lance Lapointe on guitar & vocals… stripped down songs, lots of stories and tomfoolery. 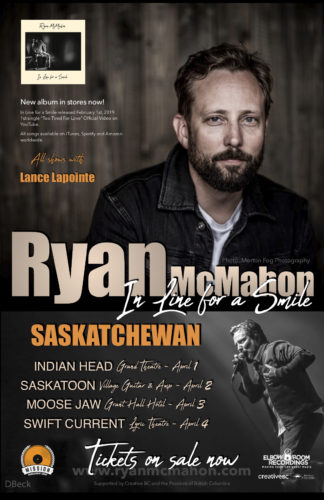 I think this is all the unpacking I can muster right now.

I have to get back to writing…. I’ve been trying to write outside my comfort zones… Trying to pen everything from Kid A-era-style Radiohead vibe stuff to full on country songs, which I know I have in me.  It’s all been fun, and it’s making me a better writer.  More on that next time.

Have a great weekend and enjoy the extra day in February this year.  March is almost here and